Attorneys seeking consultation, licensed professionals who are parties to malpractice suits or licensing board investigations, or individuals seeking information regarding psychological assessments should contact Dr. Williams by phone, email. 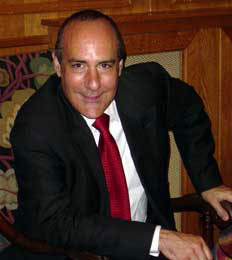 Dr. Martin H. Williams is an experienced psychological expert who has given sworn expert testimony over 100 times in the United States and abroad. Dr. Williams has consulted on over 500 licensing board, civil (state and federal) and criminal matters and has practiced as a licensed psychologist in California for over 35 years. Dr. Williams also holds the Interjurisdictional Practice Certificate issued by the Association of State and Provincial Psychology Boards, which provides Dr. Williams privileges to practice in numerous states outside of California. Dr. Williams has never failed to qualify as an expert in a matter for which he has been retained. Dr. Williams is an approved expert by the California Board of Registered Nursing and the California Board of Pharmacy.

A University of California, Berkeley psychologist, Dr. Williams is respected for his work on psychotherapy ethics and malpractice, post traumatic stress disorder (PTSD), professional risk management, fitness for duty, assessment of emotional harm, malingering, sentencing mitigation and sexual harassment. In terms of criminal work, Dr. Williams currently evaluates Sexually Violent Predators and Mentally Disordered Offenders, is a court ordered criminal evaluator for the Superior Court of California, and has served as a forensic evaluator for the California Board of Parole Hearings. In addition to his forensic work, Dr. Williams has served ten years as Peer Review chair for a psychiatry department at a major urban medical center. Dr. Williams specializes in the evaluation of patients with Borderline Personality Disorder, Post Traumatic Stress Disorder, Substance Abuse and Malingering.